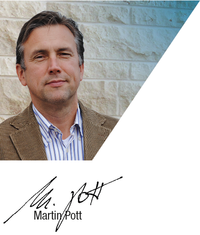 When Martin Pott founded the firm Martin Pott Sägen (MPS) in 1987, it was with the goal of offering high-quality yet highly economic saw blade products.

Today the three-letter acronym emblazons a company which is defined by innovative thinking and action and ranks amongst Europe’s leading producers of sawing technology, while exporting to markets around the world. And we’re proud of the fact that this vision, forged in our founding years, is today still as strong as ever.

The history of MPS is inseparable from Martin Pott, who sets the company’s policies as its founder, general manager, and owner. Together with his committed and steadily growing staff, he has turned an idea into reality.

1997
Move to a new building in Wasserliesch near Trier, Germany

1998
Establishment of a development & testing department

2004 – 2007
Investments in a logistics tract, an office building, and production facilities